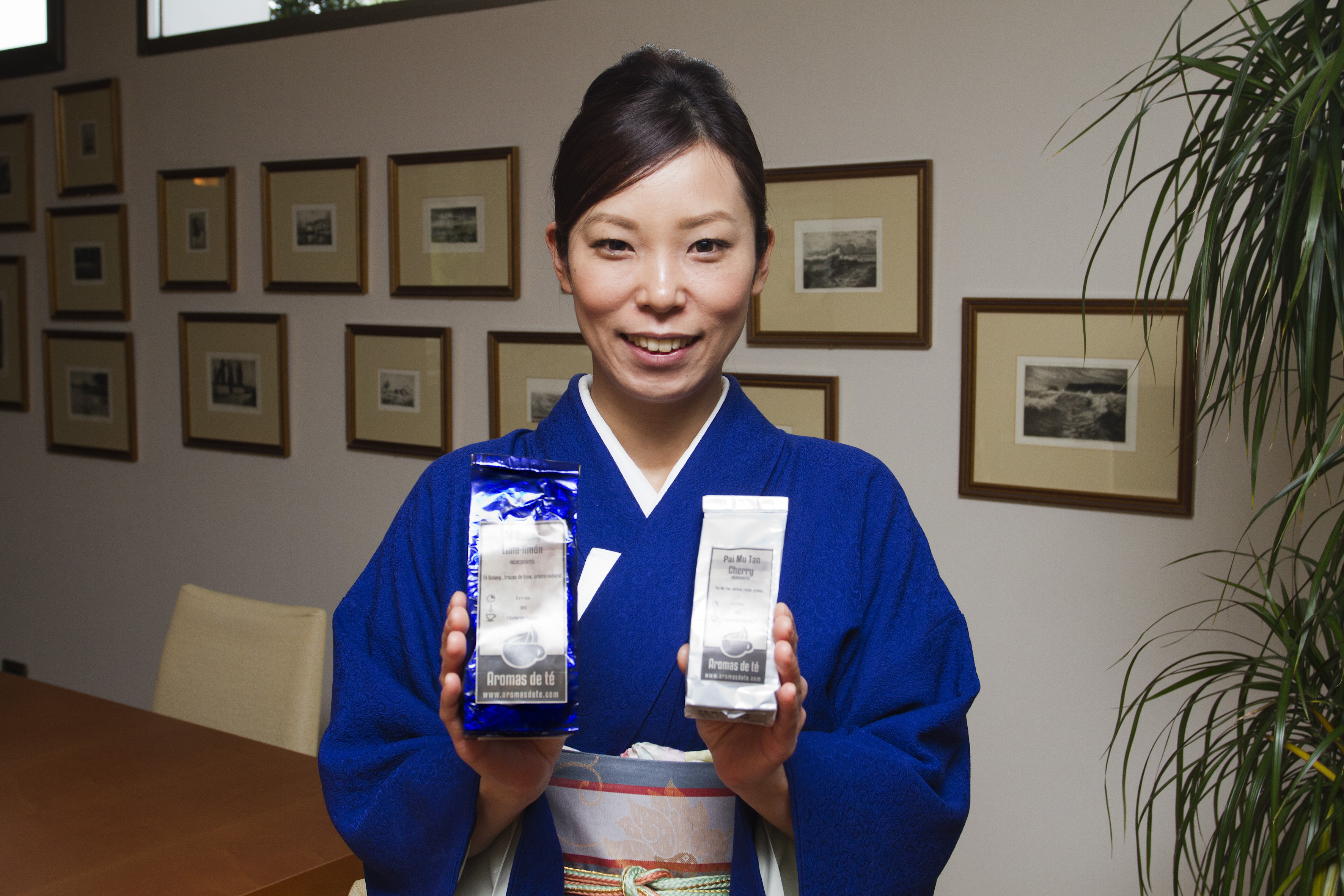 Aromas of tea, not just like we enjoy preparing new and traditional varieties of tea, but also deepen their origin, culture and meaning, whenever the occasion allows. Is for this reason that we could not pass the opportunity to interview a chef Japanese, coming from a family in which, for 270 years, its members have been teachers and practitioners of the tea ceremony, as well as outstanding chefs of Japanese traditional cuisine whose reputation years ago it crossed borders and, today, is one of the most admired in the world for its variety , flavors and by it healthy that is.

So when we learned that the Yui Ishizuka chef visited our country on the occasion of the III Forum Hondarribia heritage, organized by the Town Hall of the mentioned Guipuzcoan town, next to the Association non-profit Weapon square Foundation, we do not think it us twice and asked for an interview with this master of the tea ceremony, which we attended kindly with the great honour to be invited to a ceremony of tea made solely and exclusively for us.

Without a doubt, a unique and truly enriching experience in which we could know everything related to the tea ceremony, their peculiarities, the steps to follow, and after it, we saw as a master of this discipline tasting two varieties of tea Aromas of tea, which was pleasantly surprised.

All this we want to talk to you in this new entry of the blog, not just by Word, but also with an extensive photo gallery, as a testimony of this important appointment. We started!

Dressed in a blue kimono and perfectly prepared, the chef Yui Ishizuka received us in the Hotel Jaizkibel in Hondarribia, where staying these days, to participate in the III Forum of Hondarribia de Patrimonios, in which the protagonist of this edition has been the Japanese cuisine.

Together with this outstanding chef have come from Tsuruoka (a beautiful town located in Yamagata province, to the East of Japan, Japanese) his father, chef and master of the ceremony of tea, Ryo Ishizuka, as well as the also Cook, Shin Otaki.

YUI runs, along with his father, a restaurant which has 270 years old (it is part of the seventh generation) and which are dedicated solely to develop traditional Japanese cuisine. This restaurant, located in Tsuruoka, have passed since feudal lords, once, to outstanding leaders and public figures of today. So, we attend to Yui, it has been a real privilege.

In the restaurant, Yui is responsible for helping his father in the kitchen, greet customers and perform the tea ceremony, on special occasions. A ceremony that, as explained it own chef «is encompasses within them ritual of the high kitchen Japanese and only is performs in moments point of the year u sometimes special as can be the start of a new year, the arrival of the spring or for receive to invited special, between others circumstances».

The ceremony of the tea in Japan

Very friendly and collaborative, Yui gives us the first surprise of the day: a ceremony of tea just for us! a great honour! While is prepares to carry it to out, observed with admiration how placed each one of them utensils that, then, will employ in the ceremony of the tea and that, indeed, you also can find in Aromas of tea: a bowl of ceramic, a chazaku (spoon measuring for matcha), a chasen (beater), as well as a box of mother-of-Pearl in which is was the tea green matcha and a tray elaborate in the same material. To these utensils, added some sweet typical of the ceremony of the tea in Japan: them Katen, a species of gelatin sweet, that is offers along with the tea in time of spring or summer.

And it is that one of the things we discovered yesterday, is that the ceremony of tea in Japan varies in certain aspects according to the time of the year, in particular, what utensils and sweet. For example, yesterday and as are near the spring, the bowl that employed to prepare the matcha had a color reddish, making reference to the color of the cherry that soon flourishes and that is one of them symbols of the culture Japanese. A symbol which was also reflected in the box containing the matcha and also the color of the fruit (pomegranate in this case) that offered us next to the sweet.

Then and through a photo gallery, I will show you all the steps of the tea ceremony:

Was one of the things that caught us the attention that, before delivering us the Bowl so we take tea, Yui it turned twice on the bowl in a certain direction, so that asked the translator, Yune Yamaguchi what was its meaning and Yui explained that «Bowl has drawings, that when I prepare the tea are looking ehacia my» «, but when I give the guests and by respect for them, those drawings, the reference that I have, in particular, should face towards them».

Varieties of Aromas of tea tasting

After the ceremony, Yui was speaking to us of the importance having tea in Japan. «It is part of traditional Japanese cuisine and our every day. We drink it several times a day, as you can take coffee. For breakfast, after lunch or dinner, etc. Normally, the Teas that we use most are those that are aromatic and pure, like for example, Earl Grey black tea or, for dates that we are, something I have cherry«.»

For his part, Yui added that tea green matcha is only used for the tea ceremony and is one of the Teas now also taking much the Oolong tea. «It is true that it comes from China and there take it by your digestive power, flavor and aroma, and therefore we also take it in Japan», he says.

So, taking advantage of this phrase and the previous, offer you two of our teas taste: the Oolong tea lima – roughern and white tea Pai Mu Tan Cherry.

First see, then smell and finally Qatar. «Oolong tea love! I had not tried it with that touch of lemon and is delicious. Soft and fresh. Perfect for anytime of the day! «, says smiling Yui.» After you pass to taste white tea, aroma, love him because she loves cherries. «Reminds me of a little by sweets them, but without being cloying.» Its aroma is really nice and its mild flavor and something sweet. I will continue taking it! «, he concludes.

We couldn’t be more satisfied! If she, great connoisseur of quality teas has given us the go-ahead, is that we are doing really well. What an honor! So… will continue to work to conserve that quality and follow enthusiastic, not only to the Japanese public, but to all you!