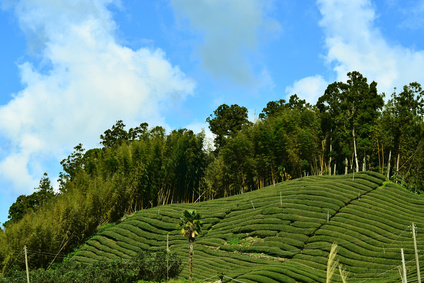 It was in 1700 when began to cultivate this herb in this country and the Nantou County (Taiwan) specialized in the production of variety of oolong cha, being known in the 19TH century as Formosa Oolong. To taste the flavor of this recognized specialty, no need to travel to Asia, since in our shop online you can find the latter in two prestigious variants: Tea Oolong Formosa Semi fermented and Formosa Oolong tea Fancy.

Characteristics and varieties of tea in Taiwan

The culture of tea is very important on this island and many plantations of this type that extends throughout the country. Then, we will mention some varieties of this plant and its characteristics.

Tradition of serving tea in Taiwann

Just as in China, on this island, he custom of serving tea follows strict rules. In Taiwan at this time is known as Wu-Woceremony. It is a tradition in which is given much importance to making and serving tea. This should follow a few steps and concrete and adequate standards. It is an act that made people of all walks. It has a spiritual connotation and is a sign of respect, love and welcome.

Steps of the ceremony:

Many are the peculiarities of this Asian island and its close relationship with tea. With the passage of time have been introduced new forms of this drink. However, the traditional way of drinking it and serve it continues to have a great importance.