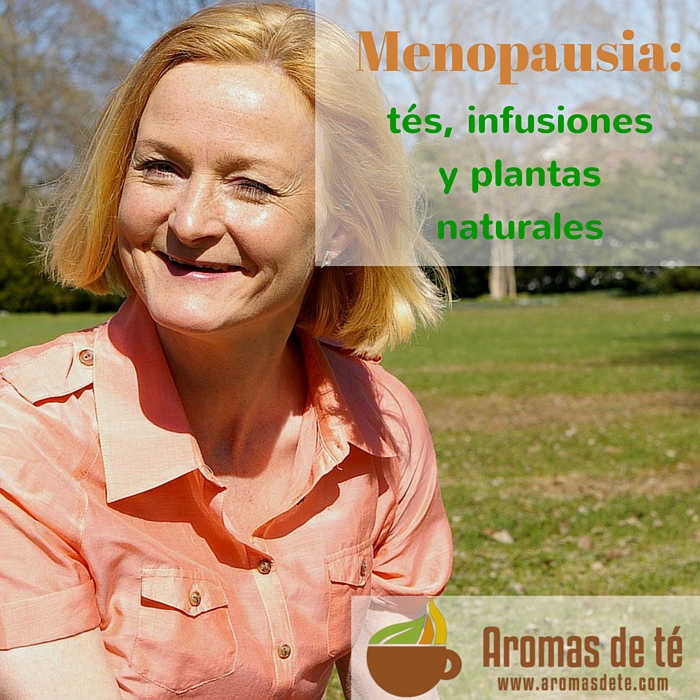 The step of those years is inevitable, as well as the changes in our body. It is something that has nothing wrong, but for what there is to be prepared. For example, the arrival of the menopause makes that some women suffer some symptoms until the time unknown by she and to which have that make front. On the contrary, other fortunate to not suffer them, but experts say that 85% of women do.

For some of them, in addition, these changes makes that suffer from episodes of depression. In fact, according to a news published by the website doctor Cinfa, 1 in every 5 women feels bad to herself, either by weight gain, lack of sleep, hot flashes, or the lack of understanding by their immediate environment.

Coinciding with the celebration of the World menopause day next Sunday, October 18, from Aromas of tea we wanted to prepare this small article in which we will explain what are the Teas, infusions, natural plants or fruits that can help relieve some of the symptoms associated with menopause, without having to resort to drugs with possible side effects.

Of course, as we always say in issues related to health, who better knows your body is your primary care physician or the / the fever @ in this specific case, so if you have any questions in this regard, the best is that you consult with experts in the field.

The menopause: what is?

Although there is an age specific regarding what the arrival of the menopause, the truth is that the same tends to be age 50. However, there are women who arrive between 40 and 45 years (we would be talking about early menopause) and others which, even with 55 years, still rules (what is called, late menopause).

Course, the arrival of the menopause and of their symptoms not is a thing that is gives of a day to another, but is is of a process slow and evolutionary known as the climacteric and that them experts divided in two parts: the first, that begins with delays or rules irregular. This is the period known as the pre-menopause and can last between 3 and 5 years. The second, the period after the last rule and known as postmenopausal, can last between 7 and 10 years, and usually the most complicated time for women. In total, climacteric full may last between 10 and 15 years.

As explained by Silvia Chacón, graduated in medicine by the University of Alcalá de Henares, symptoms of menopause can be divided into 3 sections:

Teas, infusions, or herbs for menopause

As said to the start of this text, a time arrival the menopause, it best is consult to the specialist for us East on what must take or not to improve our health and State of mood, in general. However, since Aromas of tea, we want to contribute our little grain of sand, showing the virtues and properties of some medicinal plants, flowers, or fruits that will improve naturally some of the most common symptoms of menopause and that you can find them included in many of our teas and infusions.

Of course, this is a stage in which, more than ever, women should take care of your diet and, in many cases, vary it, especially reducing the amount of salt in foods, cholesterol-lowering as well as move coffee or tobacco, according to the experts advise. Of course, can not miss in your diet adequate consumption of vitamin D and calcium.

In addition to food, practice any type of sport according to your tastes and lifestyle, will also help improve the latter. Does not need to be aggressive sports: walking, swimming, yoga or pilates can help and many women in menopause stage.

Returning to them food, are going to enter of full in some plants, flowers, fruit teas and infusions that benefit to the women in age of menopause and between which fits mention them following: